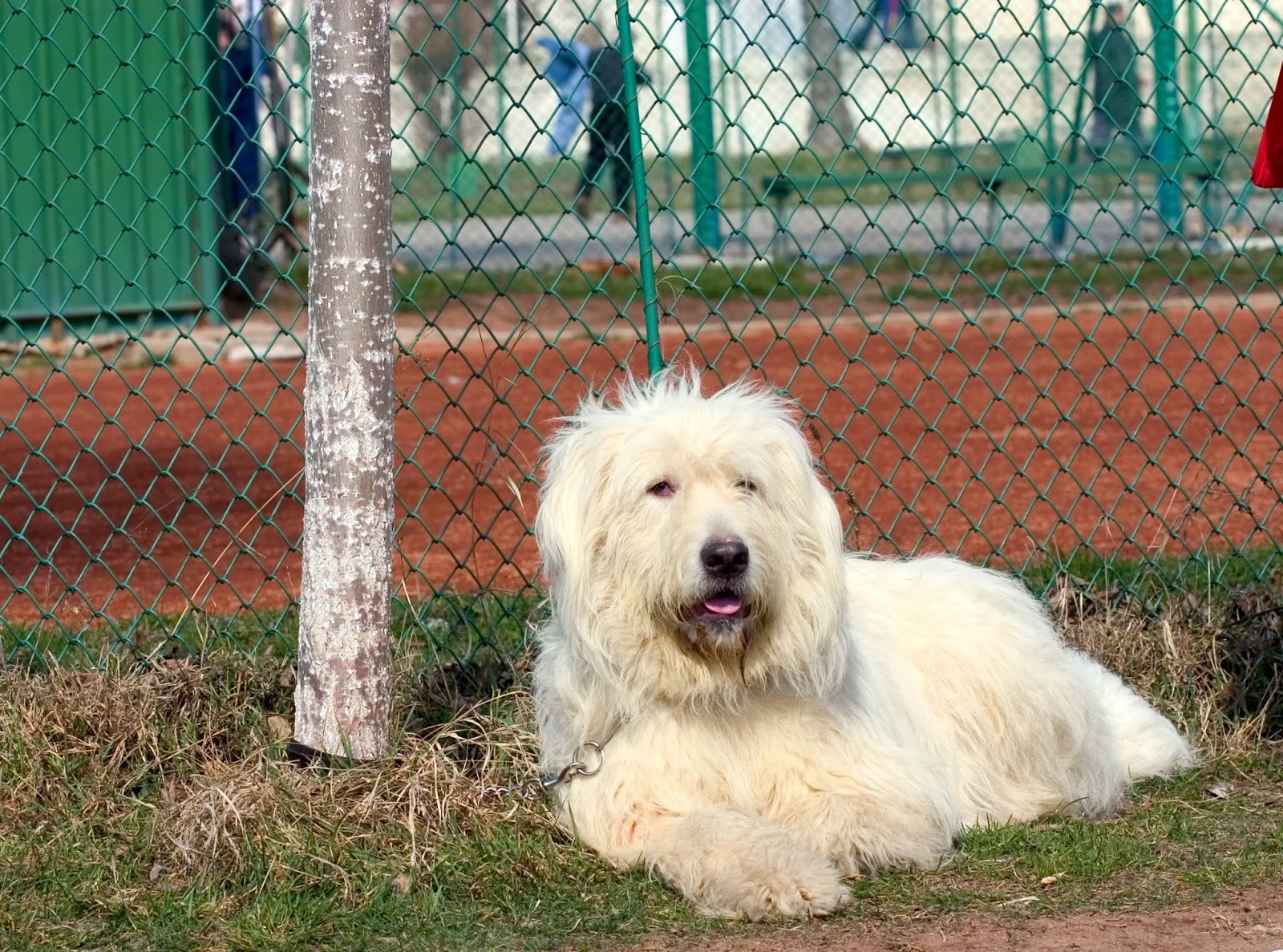 This week we watched a movie that had a cast of dogs, made pictures of dogs and cooked puppy cupcakes.

‘Disney’s treasure buddies’ is the film that we chose to watch together as a family as we have seen a few of the buddies films in the past and always enjoyed them. When thinking of a film that contained dogs, it was the first film that we thought of.

For those of you that have not heard of the Disney buddies series of films, the buddies are five puppies named Budderball, B-dawg, Buddha, Mudbud and Rosebud which are the main characters of each film and they can talk.

The treasure buddies film was made in 2012 and the story is told by a monkey named Babi who is telling the story of how he met the buddies to his nephew. The film centres around a search for Queen Cleocatra’s tomb and has a comical Indiana Jones style theme and there is even a talking camel!

Darren, Faith and I all enjoyed the film very much and Faiths favourite character was actually Babi the monkey which did surprise me as she is a huge dog fan.

Overall, I would recommend a viewing if you have young children as my two teenagers were not so impressed.

We decided to have a go at drawing a dog as Faith got a lovely book for her birthday that teaches you to draw lot’s of different things including some different types of dogs. Faith was really good, however, my efforts were not so good. In the end, I decided to go back to my simple dog head drawing for my final piece! Faith decided to draw a poodle for her final piece and I know that I am biased, but I think it is really good for a just turned 6-year-old. We then mounted them onto a piece of yellow card. 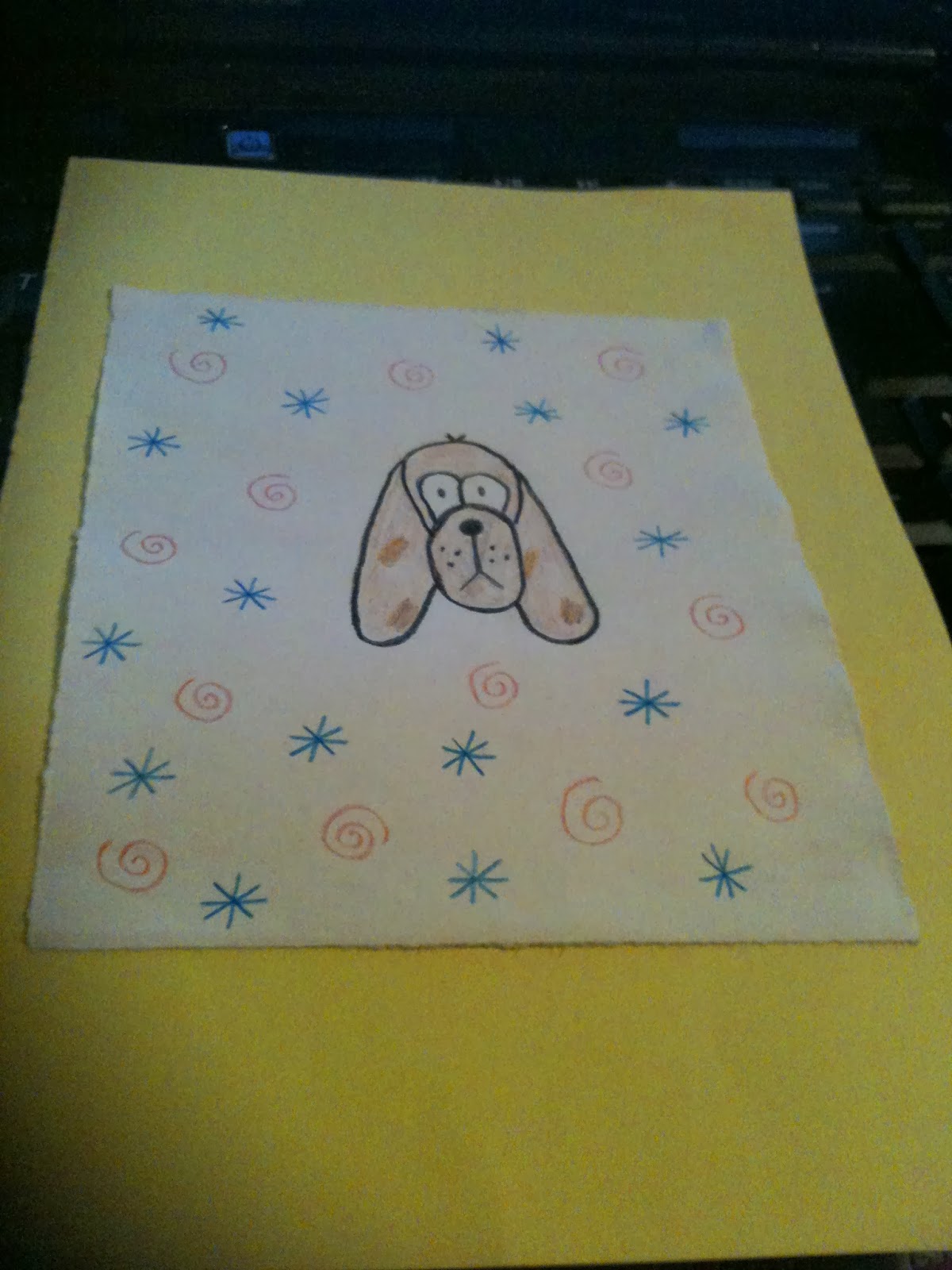 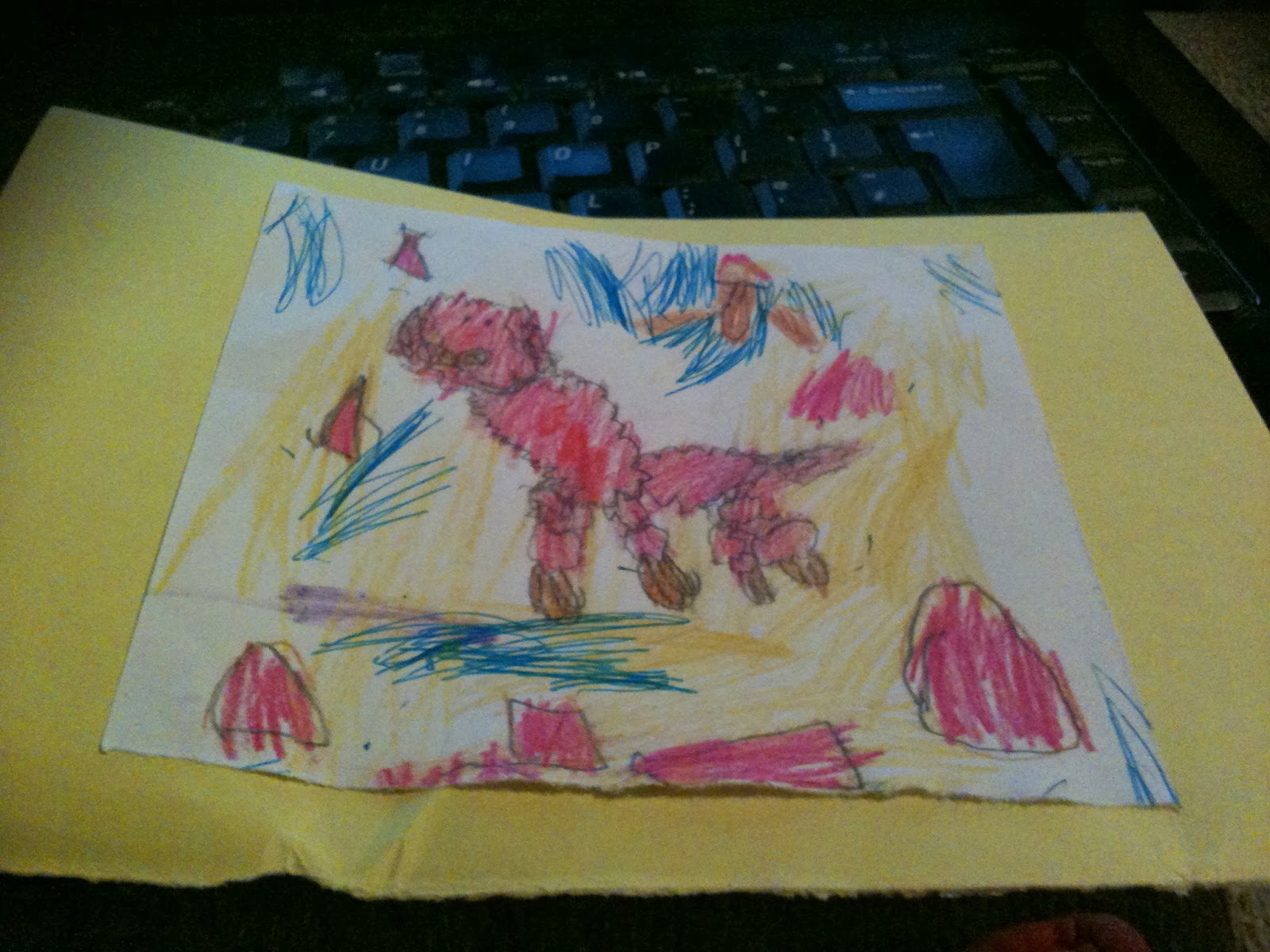 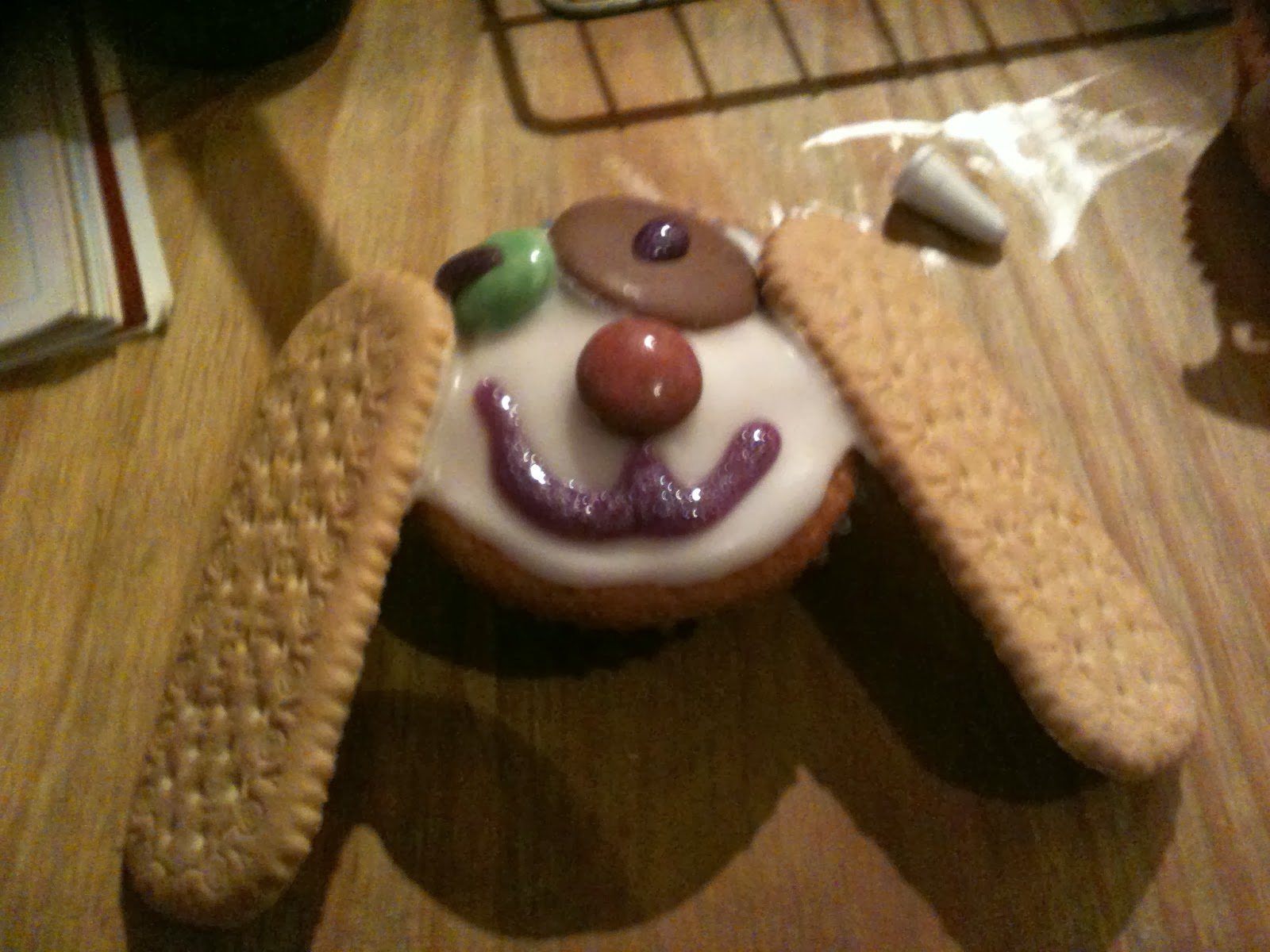 We found this recipe in an old Annabel Karmel cookbook and then adapted it to our tastes and what we had, as for the ears you were meant to use langue du chat biscuits but we couldn’t find any shops that sold them.

For basic cupcakes.
To decorate. 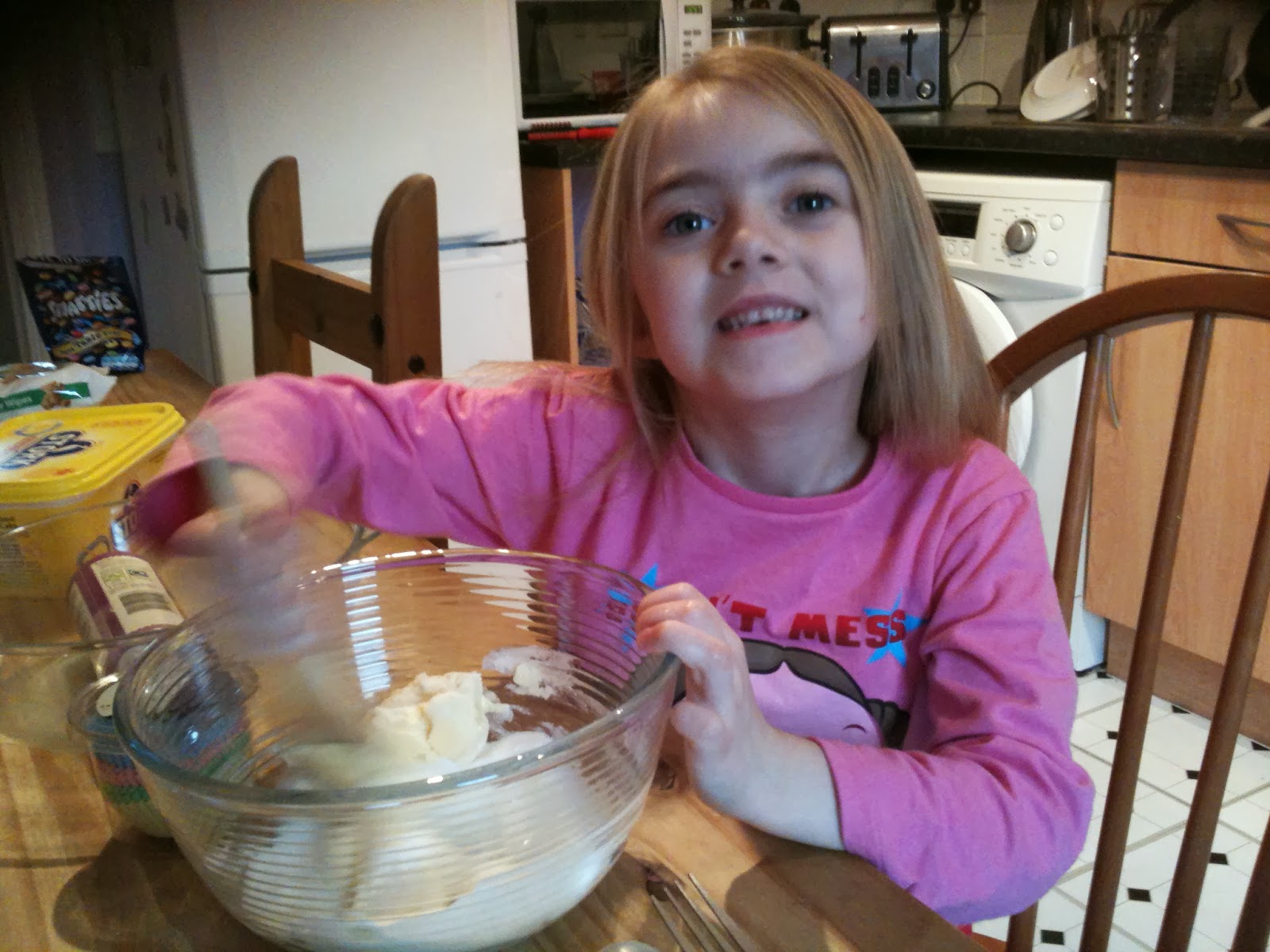 2) Cream together the butter and sugar in a bowl. 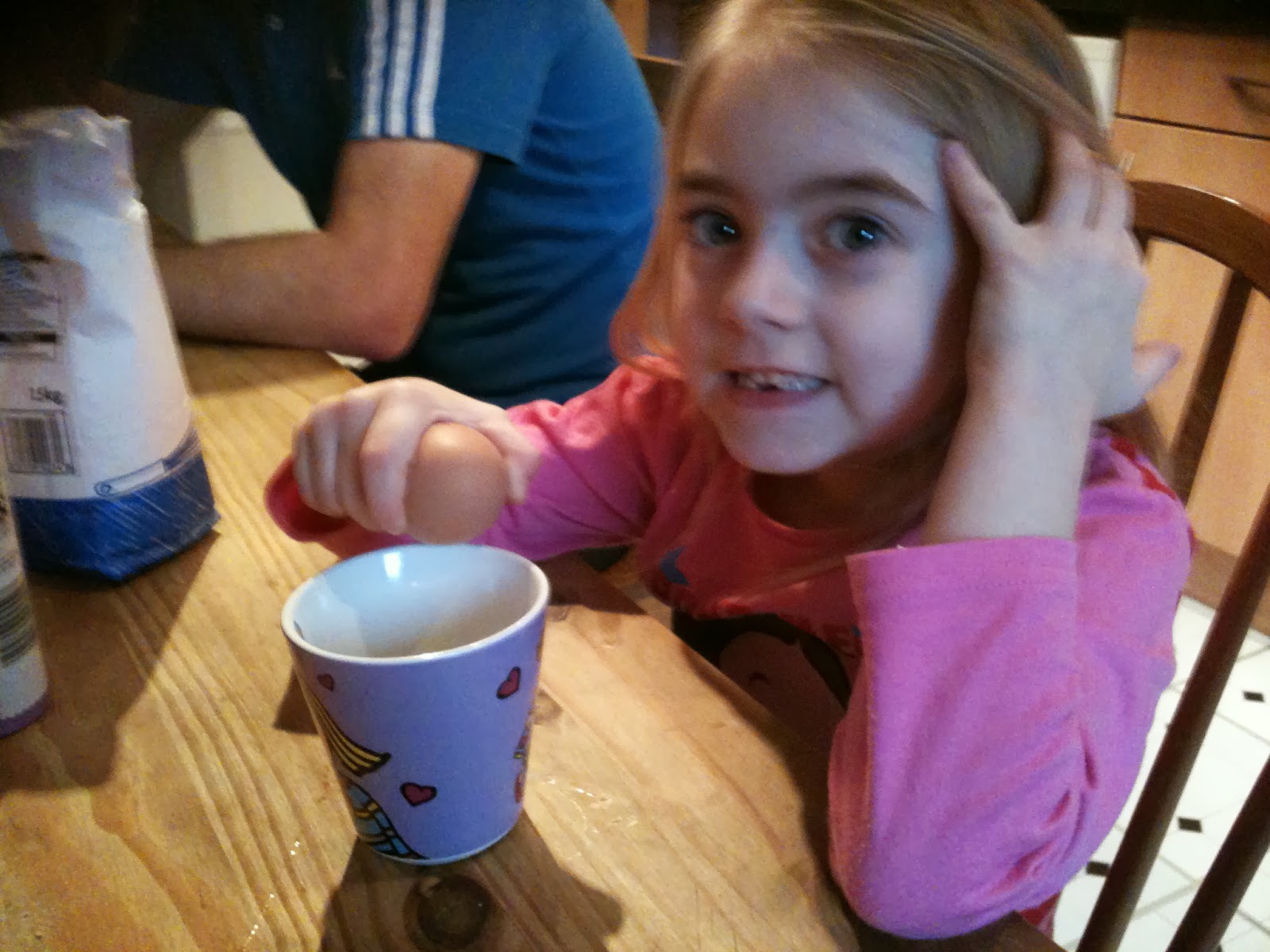 3) Add the eggs one at a time and mix well.
4) Mix in the Vanilla essence.
5) Fold in the flour and baking powder until combined. 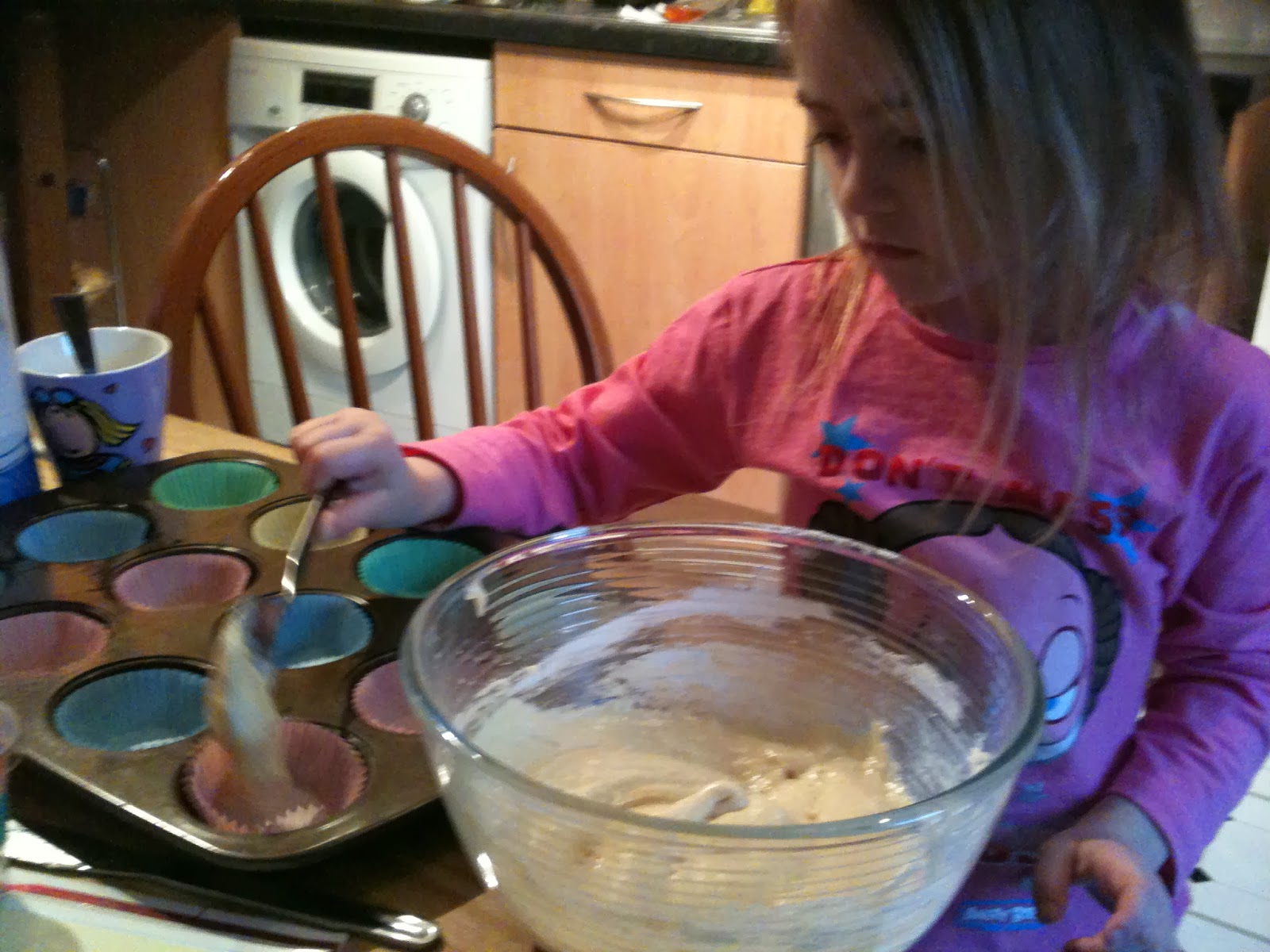 6) Spoon into cake cases and bake for 20 minutes in the centre of the oven.
To decorate. 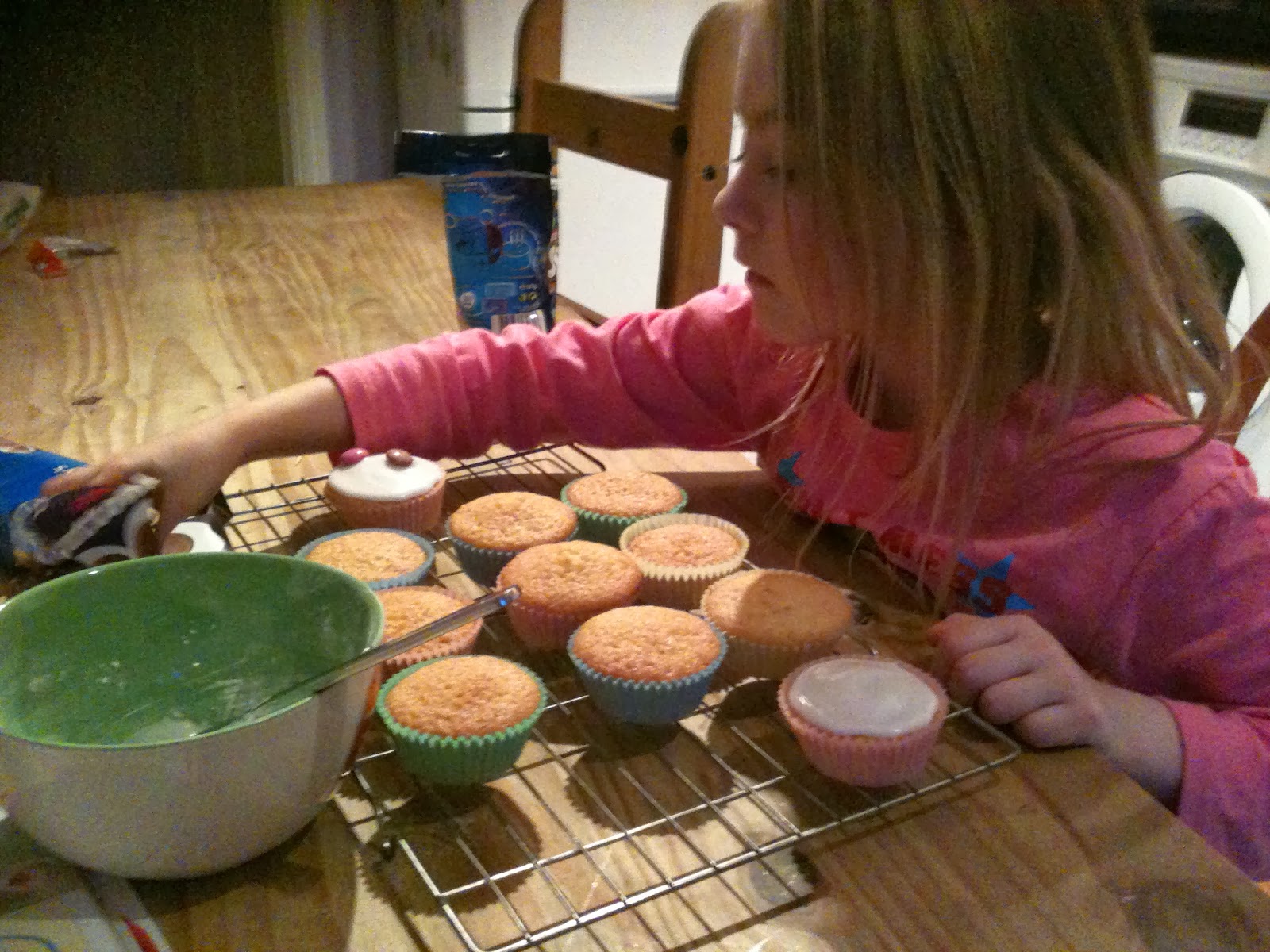 -Make some icing with icing sugar and a little water.
-Cover the top of each cake with the icing.
-Use a smartie for the nose and one of the eyes.
-Use a giant button for the other eye.
-Put a biscuit on each side to be the ears.
-Finally, use the writing icing to add dots for the eyeballs and a mouth. 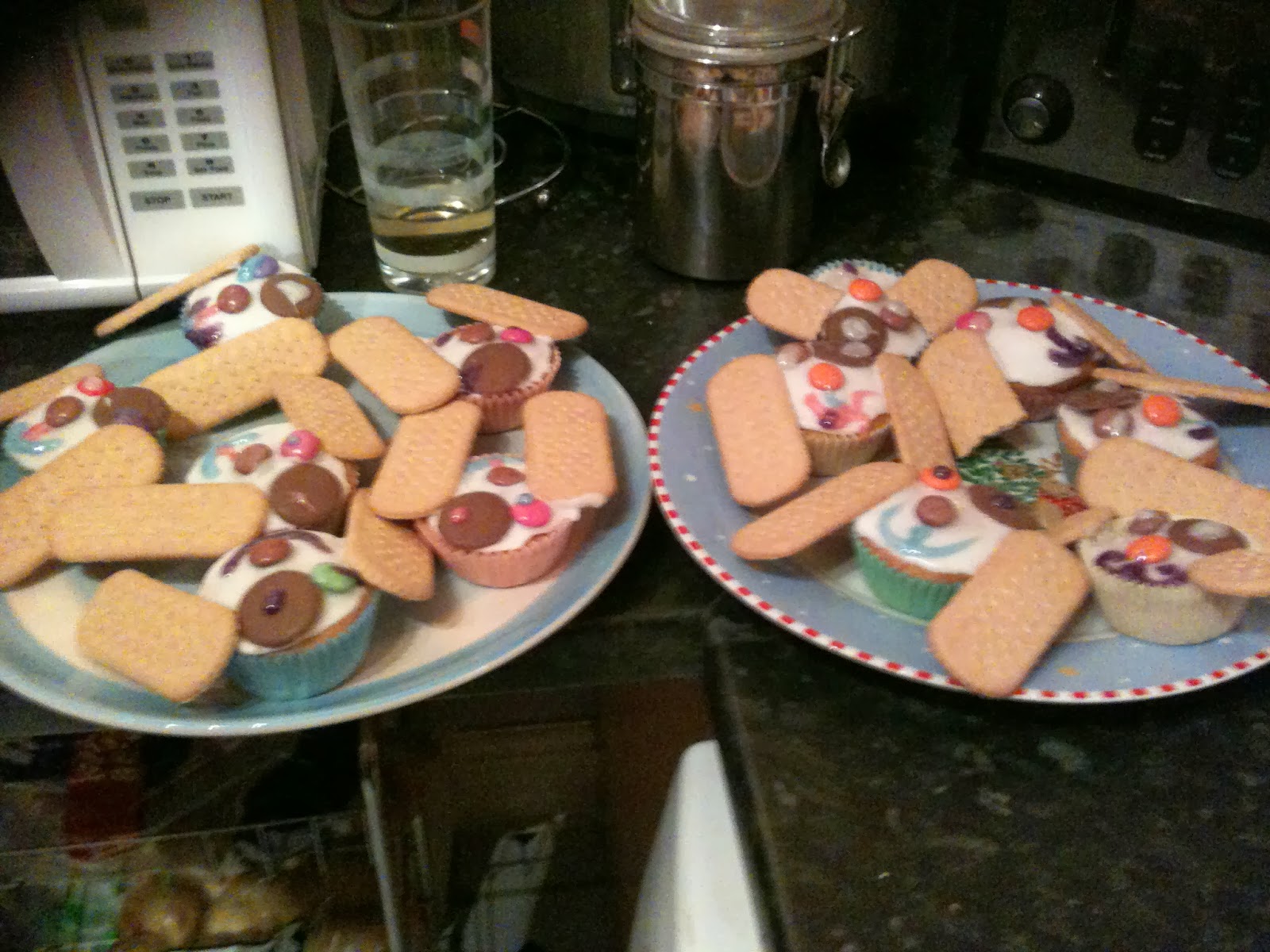 I hope you have enjoyed reading what we got up to on our dog week and if you have joined in this week then I would love for you to link up your post on the linky below.

For more information on this linky have a look at my page at the top of my blog.

Don’t forget to check back on Monday to see what the next theme will be!

Taking the hassle out of juggling fur and family

What Valentines day means to me.