At 11am our guests arrived and they were my mum, my step dad and my brother Sam. The children kept them entertained while hubby and I cooked the traditional Christmas dinner. Everyone was really pleased with the dinner and it was all very lovely having the most important people in my life all around the table together.

After dinner we all sat around the tree while the girls took turns to hand out the presents. This took a long time as we all watch each other open each present so we had a few breaks for people to get drinks and so on. The kids were well and truly spoilt and it was lovely to see their happy and excited faces. Mum, dad and Sam were all really pleased with the presents I had chosen for them which was a big relief for me as I always worry when buying for my family. 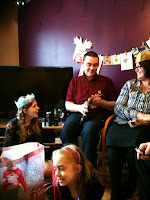 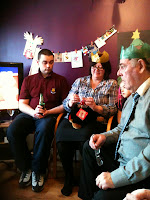 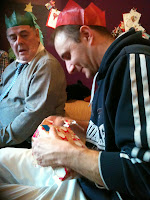 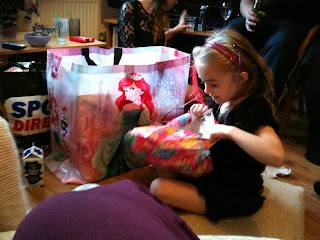 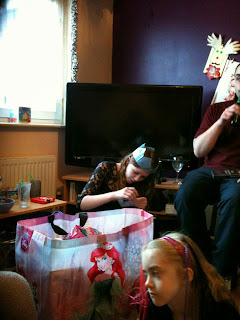 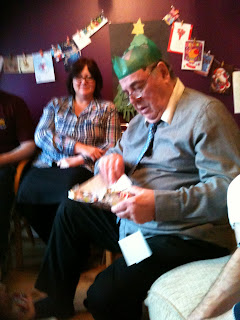 I did very well and received some lovely gifts that included a tube of Cadbury’s buttons from Faith, a bag of Cadbury’s little stars from Chloe, a pack of my favourite nails from Lauren and an acrylic nail set from hubby which I had been hoping for.

Once all the presents were open we had some room in our tummies for desert which was a choice of Christmas pudding or chocolate orange  Cointreau bomb. I had the latter as I am not a fan of Christmas pudding and it was delicious.
We then played board games until tea which was a selection of cheeses and crackers, dips, crisps, cold turkey, pickles and cakes.
Our guests left at around ten and we got the girls all in bed, watched a little telly and then collapsed in bed ourselves and I went to sleep with a very contented smile on my face!
The rest!
On boxing day the girls and I usually go to the sales while hubby watches or listens to football but this year our funds would not allow us to so instead we stayed in and relaxed. We had a take-away for dinner and played games and watched TV. It was a nice chilled out day. 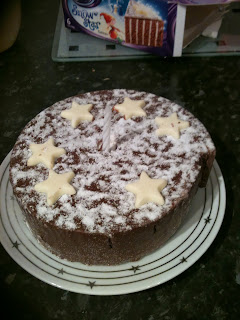 On the 28th December it was Darren’s 40th birthday. I wanted to make a real fuss of him but over the years I have come to accept that he does not like any fuss to be made as he doesn’t really like celebrating his birthday. So, I was not aloud to throw a party or even make a birthday cake but I was aloud to put a candle in a chocolate cake that we had brought for Christmas and not yet eaten.
I cooked him his favourite dinner which is a fry up, followed by his favourite desert which is a trifle. I let him do what ever he wanted which was to listen to football during the day and watch loads of the episodes of celebrity juice which he had on the sky+ in the evening, a show that I personally can not stand! Not how I imagine spending my 40th birthday but he enjoyed himself and that is the most important thing.﻿

Tips for Decorating your Christmas Tree!