Skip to Content
Home / Read my blog! / Seasonal / Christmas / My christmas round up – 2013 part one.
﻿
I’m back from my break away from the blog although I’ve still been doing a bit of blog work preparing for the year ahead.
Did you all have a lovely Christmas? I hope you did. My Christmas was fantastic as everything was just how I had planned, well mostly! 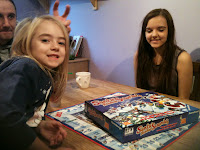 On Christmas eve we got up to our breakfast of pop tarts (the children’s favourite) and then got ready for the day. Faith loved the Santa board game that I brought her and even the rest of us all had a lot of fun playing it.
For lunch we had tuna toasted muffins and then we watched ‘The dog who saved the Christmas holidays’ film which was a sequel to a film we saw a year or two ago. 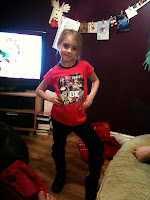 By this time it was already getting late so faith had her bath and put on her new monster high pyjamas that I got her. For tea we had our favourite bbq chicken oven ones and chocolate fudge cake for afters.

Then it was time for Faith to put out the stockings and food and drink for Santa and his reindeer etc. and then I read her a story and tucked her into bed.

After Faith was in bed I gave Lauren and Chloe a surprize of a chocolate roulette game which is basically a game with 12 chocolates which all have a number 1 to 12. 11 of the chocolates are a lovely praline but one of them is filled with very hot chilli! Now I thought that I would be clever and spin first as the I would have to be pretty unlucky to get the chilli chocolate on the first spin when there is still 11 yummy chocolates. It turns out that I am very unlucky as I did get the chilli chocolate and oh my, was that hot!! I have never seen the kids laugh so much and in all fairness I was glad that I did get it rather then the girls as it was a lot hotter then I thought it would be! We are not a family that eats much spice and the burning down my throat and inside my mouth was awful. I even came out in a cold sweat!! The funny thing was that because they all think that I’m a really good actress, as I was in an armature dramatics group a few years ago, no one knew whether they could believe me or not so for the rest of the game everyone was still really nervous that they would get the chilli!

After the game the girls went off to get showered/bathed and in bed and hubby and I did the last bits and bobs that needed doing. Then I had a nice bath and myself and hubby had some romantic time together. Finally, there was nothing left to do but wrap up the living room door and crawl into bed at 1am!

Christmas day!
At 5.50am I was woken by three very excited faces asking if we could get up. I was quite surprized at how late it was as my rule is that they can wake me up any time after 5am on Christmas morning and normally that means 5.01am! 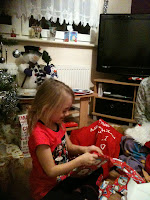 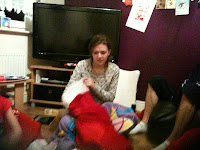 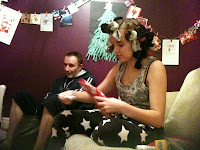 We came downstairs and Faith was so excited to see that the door was wrapped and loved bursting through the paper into the living room! We opened our stockings which took quite a while as Santa had been a bit naughty and spoiled the girls quite a bit.﻿ 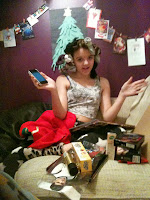 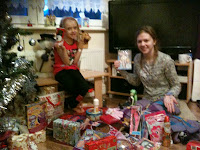 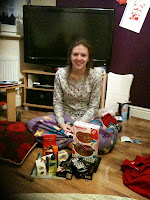 After the stockings were opened we had our breakfast of fresh fruit salad and Danish pastries and then we got ourselves ready for the day. 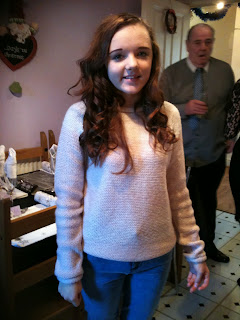 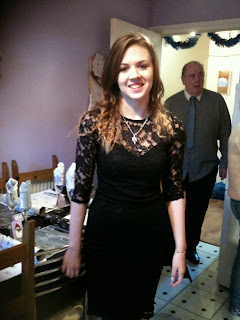 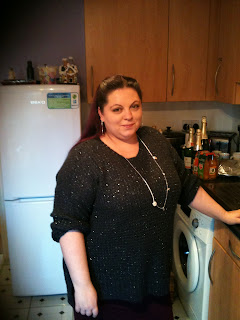 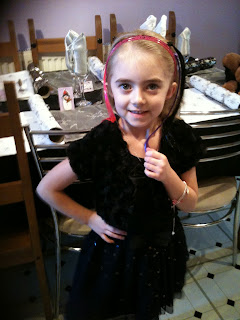 And that is the end of part one of my Christmas update and the next part will be out later!

Top tips for an organised Christmas!