Skip to Content
Home / Read my blog! / Uncategorized / Listography – 80’s and 90’s gameshows.
I have found a game where you are given a topic and you have to list your top five which I think sounds fun, so I have decided to join in. I hope that you will find these fun to read as well.
Todays listography is – top 5 80’s and 90’s game shows.
This is quite hard for me as I must admit that I have always been a fan of game shows and I do think that UK game shows were probably at there best during this era although the prizes were somewhat to be desired! Anyway, here is my top 5!
1) Funhouse. 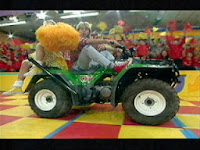 This was my all time favourite show when I was growing up and I would always dream of being able to go on the show. The whole concept of the show blew my mind, I couldn’t believe that children would be allowed to do such things and get to win prizes as well! You have to remember that this was at a time when there was no such thing as the big soft play centres that we have today so I was mesmerised by the fun house and  I would spend hours playing make belief that I was actually a contestant on  the show, trying to recreate the fun house in my bedroom with pillows and blankets.
2) The crystal maze. 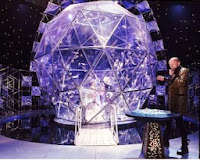 This was another great concept with the different zones that you could visit. There were four different zones which were the Aztec zone, the Industrial zone which later changed to the ocean zone, the Medieval zone and the Futuristic zone. It’s funny as back in the 90’s when I was watching the show, everything on set seemed so real and it really did amaze me. However, when I recently watched a repeat on sky it didn’t seem to be as well made as I had first thought. They made a board game of the show which at one point I did own and I must admit, the board game was actually quite good.
3) Knightmare. This show was great and there had never been anything like it before which made it really stand out. It was one of those shows that would actually scare me at times but even though I was scared I could not stop watching it! It also really confused me as I had no knowledge of computers or anything technical, but I was of an age where I knew that it was a game and not real so I would spend a lot of time trying to figure out how it was done.
4) Catchphrase. 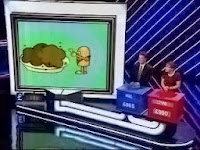 This is a show that most will have heard of as it has been a long running game show with a few different hosts over the years and it was even on TV earlier this year with Stephen Mullhern as the host and my children got to watch it and play along. My fondest memories of this show are the early years with Roy Walker as the host. Every Sunday evening we would sit in front of the television with our tea and watch catchphrase and this was the only time that we were aloud to eat in our living room which made it seem even more special and it was also something that we could all join in with, trying to guess before the contestants got it right.
5) Family fortunes.

Another long running game show that has been hosted by a few different people over the years. I first started watching this when Les Dennis was the host in the late 80’s and I still enjoy watching it today when hosted by Vernon Kay. It is such a simple game but still very entertaining and it really does make me laugh when you hear some of the answers that people give.  I like these types of shows as my daughters can sit and watch with me and play along as you do not need to be Einstein to participate.

A bit about me!