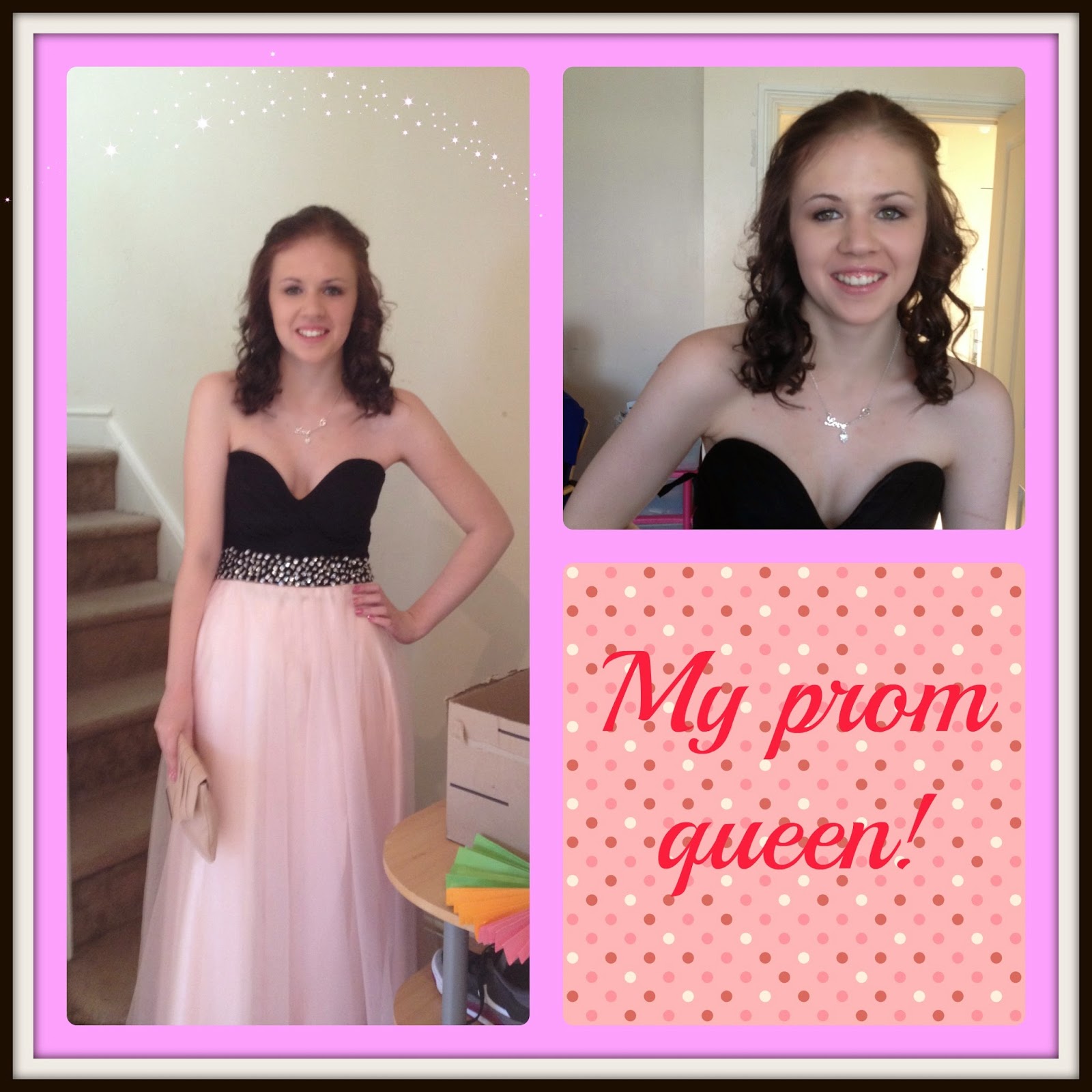 On Friday 4th July it was Lauren’s high school prom.
This is all very new to me as they didn’t have school proms when Darren or I were at school and with Lauren being our eldest we were not really sure of what to expect.

Lauren had been talking about her prom since she started year ten two years ago so I knew that it was going to be very important for her but being on a limited budget I wasn’t quite sure as to how we were going to pull it all off!
We were saving for a dress that Lauren really wanted only to discover on the day that we had the money to buy it, it would take two months to arrive and we only had a month until prom. I remained clam on the outside so as not to worry Lauren, but inside I was in a state of panic and I kept thinking what if we can’t find one she likes and her whole prom is ruined! I suggested we had  a look on e-bay although I wasn’t really very hopeful and would you believe it, we found the exact dress she wanted for a fraction of the cost we were originally going to pay for it and it said it would be with us in two weeks.
I ordered the dress and it arrived in plenty of time which was a good thing as we needed to take it in and cut a bit off the bottom as it was a bit too big and way too long. We went to a shop in town to get a estimated price and they wanted £60! That was more then the dress actually cost so there was no way that I was going to pay that so again I was in panic mode.
We were really lucky as when Lauren was round one of her friends, their mum asked if she had her dress sorted and Lauren explained that it needed some work doing to it and she offered the services of her mum for free. We were so grateful and they did a fantastic job, so we brought them some chocolates to say thank you. 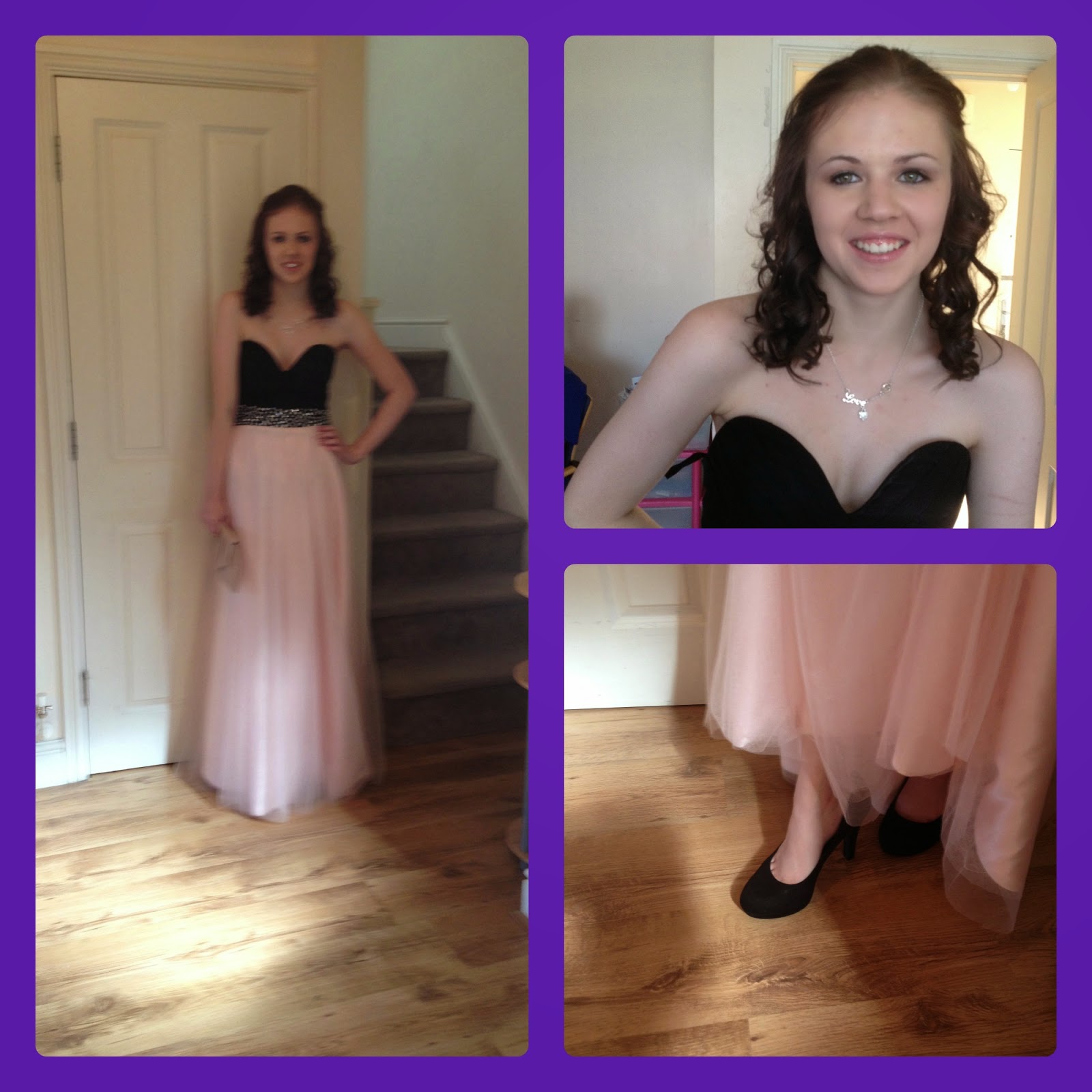 Lauren picked the shoes she wanted out in our local town and my sister treated her to them. We payed for Lauren to have her hair cut and styled and then I did Lauren’s make up for her. We also brought her a clutch bag to go with her dress. 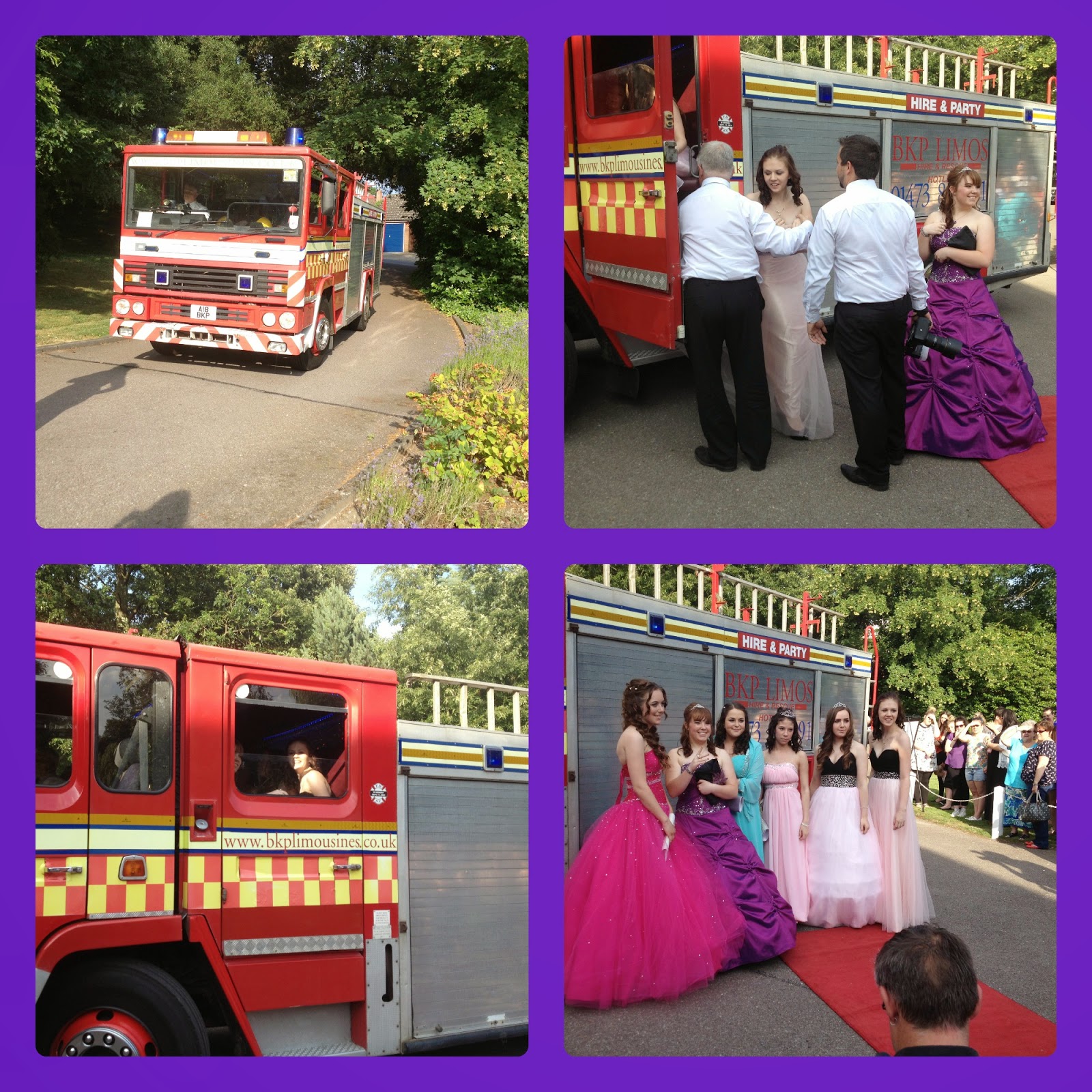 For transport we went in with some other mums so that they could arrive in style in a fire engine! It had loud music and disco lights inside and it took them for a drive around the town before dropping them off at the prom.
We went down to the venue to see everyone arrive and take lots of photo’s and then they went in and we went home. 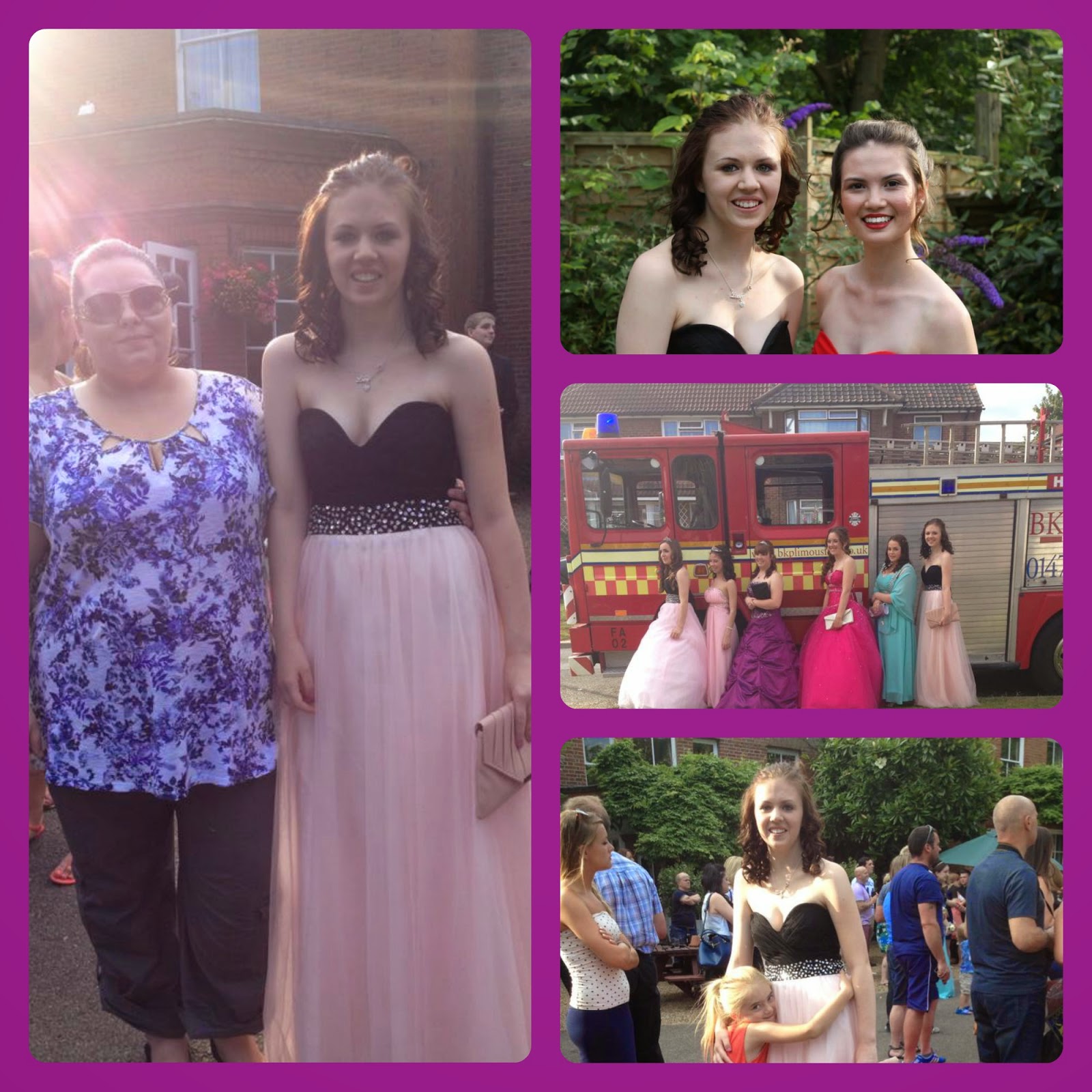 Lauren said that they has a sit down dinner and drinks and then there was a disco. There were some silly awards given out like child that would most likely be famous and what not and some lovely speeches with a slide show of photographs of various students throughout their five years at the school playing in the back ground.
Lauren said that she had a fantastic but very emotional evening!
I have learned that next time I should get the dress earlier to avoid panic over unexpected problems and I’m also going to use e-bay again next time to help keep the cost down.

A trip to Shreks Adventure London