Welcome to my monthly movie feature! I am a big movie fan and I have a monthly cinema card. This means I can visit my local cinema as many times a month as time will allow, so I thought that I would give my thoughts on the films which I have watched each month. However, this is just my opinion so please don’t send me angry messages if you watch a movie which I have recommended and you did not actually like it! 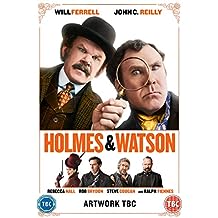 Will Ferrell and John C. Reilly star in this comedy take on the Classic stories of Sherlock Holmes. I had been looking forward to seeing this as I am a fan of all of the Sherlock mysteries. My favourite movie genre is comedy so I thought that I was almost guaranteed a good watch.

How wrong could I be! I do not say this often but I thought that this film was absolutely terrible! The comedy was of a stupid nature and not my kind of comedy at all. There was also a strange song in the middle of the film which seemed totally irrelevant to the film. If I could have left the cinema I would have done, but I knew that my husband was unavailable to collect me until the end of the movie, so I stayed hoping it would get better. Unfortunately for me, it did not. I would not recommend this movie as I feel that it was a waste of 90 minutes of my life which I will never get back! 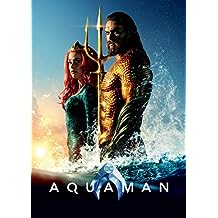 This is the story of Arthur Curry, played by Jason Momoa, who is Aquaman. We have previously seen Aquaman in other superhero films but in this film, we finally get to see the back story of Aquaman who has a human father and an Atlantian mother.  I really enjoyed the storyline of the film and it also had some fantastic visual effects too. As I am not a fan of watching fighting, there was a bit too much in the war scenes for my taste but other than that I loved it! 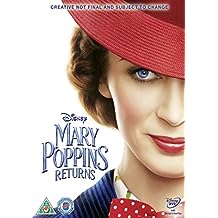 The original Mary Poppins was one of my favourite films when I was a child, so I was very excited when I heard that they were making a sequel. This time Mary Poppins was played by Emily Blunt who did a superb job. Michael and Jane Banks are now grown up and Michael has his own children but is struggling after losing his wife. Mary Poppins returns to help the family with some assistance from her friend Jack (Lin-Manuel Miranda) who is a lamplighter. The film is full of colour, magic and song, just as you would expect and tied in nicely with the original film. It was also a lovely touch to see Dick Van Dyke make a brief appearance towards the end of the film.

This was my type of film and was absolutely brilliant. Second Act is a comedy starring Jennifer Lopez and Vanessa Hudgens. The story centers around Mya (Jennifer Lopez) who has reached 40, but is being held back in her career, as she does not have a degree even though she has plenty of experience. The film gave me lots of laughs and was a great story with a great deeper meaning of remembering that every day when we wake up, we have another chance to be who we want to be. 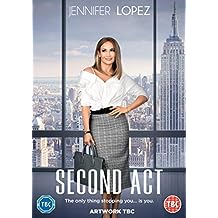