July has been a busy month! We have had lots going on with the family but in many ways, I think that I actually prefer it that way.

This month’s big family game night was at my mum’s and was bigger than ever as my brother and his partner came too for the first time ever! The only missing family member was Chloe as she was at a wedding. I did not enjoy this one as much as I normally do, I think that there must have been something in the air that night as everyone seemed a bit off! My mum was the host and she didn’t even actually join in any of the games! It is our turn to host in August so I am hoping that it was just a blip and that we all have lots of fun at the next one. We have one a month and this was the fifth so not bad odds considering the other four were brilliant.

I hosted Chloe’s baby shower and it went really well considering I had never even been to one before, let alone hosted one! The weather held out, just a bit windy at times and Chloe said that she really enjoyed it. Chloe and baby were totally spoiled by friends and family too, she is a lucky girl. At the time of writing this post, she is only three days away from her due date! It is so exciting!

Despite blogging on and off since 2013 I have never plucked up the courage to attend any of the blogger’s conferences that are held each year. This year, I decided that I need to put myself out there. I need to push myself to get out of my comfort zone. So, I have booked the ticket and hotel to attend my first ever blogging conference. I am going to Blog On Toys on September 21st! I am so excited but also terrified to meet other bloggers and attend the talks and network with brands.

We finished our Harry Potter topic and Faith is now on summer break. It is not a break for me as I am now in the process of planning content for our home school for September to Xmas break. Faith is enjoying herself and having lots of fun with the friends that she made when I took her to the Ipswich comic-con. Lot’s of sleepovers and get-togethers. I am so pleased that she has a nice group of friends now and that they all love cosplay. Next week we are going to the Norwich anime and gaming con which Faith is so excited for. I am not so excited but I am looking forward to seeing her have fun and enjoy herself!

My diet has gone completely pear-shaped! I canceled my WW account to save money and also because I kept missing the weigh in’s. They did not do any evening weigh-ins and I was always so busy. I have also been sent a waffle maker to review and as I have no will power I have been eating my weight in waffles! In all honesty, I have not weighed to see how I have done, but it is not looking good. I am going to have to have a good think about what I will do next. I know that I need to lose weight for my health but I love my food so much! However, I am working on a great post for those of you who love a waffle which should be live on Wednesday.

We also had the family round for dinner. Lauren and her fiance, Chloe and her partner and my dad. There was 8 of us in total and normally if there are a lot of us, I do a roast dinner. This time Darren told everyone that we would do a fry up! Well, that was stressful! Cooking a fry up has so many different parts, trying to keep it all warm was so hard when cooking for so many! Everyone said they enjoyed it, but I will not be doing that again for a while! It was good to have everyone together though. Lauren and James stayed later than the others so that we could play a few games as we do love our little game nights!

I finally got around to having my smear test at my doctors. I am a huge supporter of women making sure that they attend these appointments as although they can be uncomfortable, they save lives. This is the first time I have been late having my test done, it just seemed that I could never get an appointment to fit in with what I had going on and then I forgot all about it. 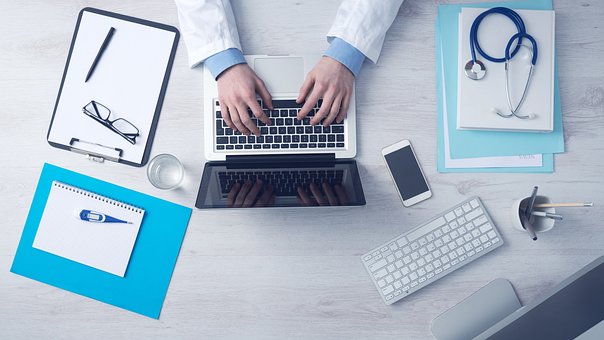 When I took Faith to the doctors, a video was playing with a reminder for women to book their smear tests. I suddenly realised that I was over a year late having mine done. I booked an appointment while I was there and this time I made sure that I attended. This was the first one I’ve had where there was no pain at all, just felt a little uncomfortable. Two weeks later a letter arrived telling me that all is well. I am glad that is out of the way for another few years!

Apart from all of this, I have canceled my cinema card after four years of having it! I am a little sad but I just haven’t been getting the use out of it like I used to. Also, my particular cinema was really annoying with film times and how long they would show different films for. For example, a few weeks ago, on a Sunday there were two films which I wanted to see and they were only showing each film once. The first film was only being shown at 10:30 am and the second film was only being shown at 9 pm.

This meant that I would have to go to the cinema in the morning which I do not like to do. Sunday mornings are normally family time and then I would have to go back at night. Also starting a film at 9 pm on a Sunday night seems silly as people have to get up for work and school on Monday. It would not have finished until 11 pm. Then you have to get home and ready for bed. It would have been after midnight by the time I got in bed! This was getting to be usual occurrence at my cinema so I decided that enough was enough and I have canceled my account. It also means that I will not be able to write my film review posts at the end of each month anymore. However, I am thinking about doing a ‘what I’ve been watching’ type of post instead.

So that is all of my news for this month. If you would like to follow more of what I get up to then please do take a look at my Instagram account. I post on my grid daily and update my stories a few times each day. I hope that you have had a good month too? As always I love to hear from you so please do get in touch.

A COVID wedding, Easter and other news!