Please note, this is a collaborative post. For more information about what this means, please click here.

A trip to Liverpool isn’t complete without undertaking your own Beatles experience. There are plenty of famous landmarks that pinpoint iconic moments in the early beginnings of their career. Visit the Albert Dock for The Beatles Story, an extensive exhibition dedicated to the lives of the Fab Four. Take a selfie with the Beatles statue on Liverpool’s stunning waterfront, or have a drink at the Cavern Club. The Cavern Club is the legendary cellar that witnessed their first performance in 1961.

Liverpool is itself a fascinating city, steeped in maritime history. An important port for the world’s trade from the 18th century throughout the industrial revolution. Nowadays, it’s a famous melting pot of cultures and a hub for creative independent businesses. Liverpool is one of the UK’s most distinctive cities, and its Beatles fame is worldwide.

If you’re looking to explore the hidden beauty of the UK, then you should definitely make a stop in Liverpool. The city dates back to at least 1207 where it was made up of a modest seven streets. Renowned for the body of water which flows into the River Mersey. The city experienced considerable growth as a transatlantic trade developed in the 18th century.

In 1715 the first commercial dock, accommodating 100 ships was built, helping to put Liverpool on the map. This led to the construction of the Albert Dock in 1846, where the Beatles Story now stands. A decline in manufacturing at the docks after the second world war resulted in many young people turning to music in the 1960s. Liverpool is now a multi-cultural metropolis and was awarded the European capital of culture in 2008. 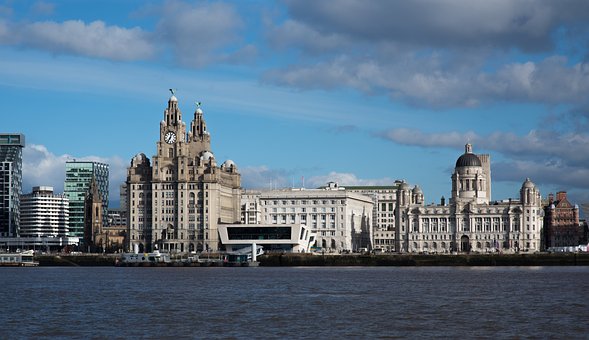 The Beatles in Liverpool

Liverpool is probably the most significant location in the history of the Beatles as it was originally their hometown. This is where they first met, composed, and performed their earliest songs. The iconic group often referred to as the most influential band of all time, built their reputation playing in Liverpool and Hamburg throughout the early 1960s. This then brought them to international fame. You can find out more about the history of the Beatles and view an extensive collection of memorabilia at the Liverpool Beatles Museum.

If you want to walk in the footsteps of the Beatles, then don some John Lennon glasses from this site and visit the top Beatles attractions in Liverpool. You can either opt for an organised walking, bus, or bike tour of the sights or mosey on through the city by yourself. Here are just a few of the most must-see examples for your Beatles experience.

The Cavern Club is considered the true birthplace of the Beatles. Situated at 10 Matthew Street, Liverpool. It’s still functioning as a music venue but also pays tribute to many of the iconic groups in the 1960s. Interestingly, The Beatles actually perfected their sound rehearsing and performing in Hamburg. They then returned to Liverpool to play at the Cavern Club for the first time in 1961. In the next couple of years, they made nearly 300 appearances at the club, making it a must for any Beatles experience. The Cavern Club is also just a stone’s throw from the Liverpool Beatles Museum. Therefore, you’ll be guaranteed plenty of nostalgia walking down this street. 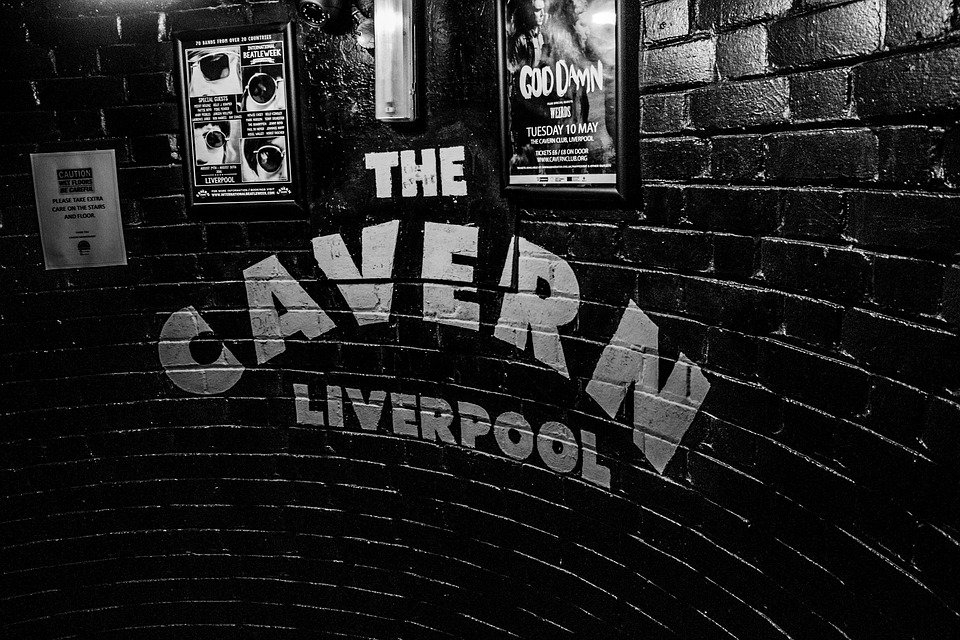 Albert Dock is home to the award-winning Beatles Story. The Beatles Story is an exhibition displaying the world’s largest collection of memorabilia. You can follow the “living history” of the Beatles with audio guides in a range of at least twelve different languages. The Beatles Story also hosts special exhibitions. For example, you can currently learn about the Beatles time in India. In 2015 The Beatles Story celebrated its 25th anniversary and it is still going strong, boasting over 300,000 visitors a year. 2018/2019 was its best year of attendance yet. 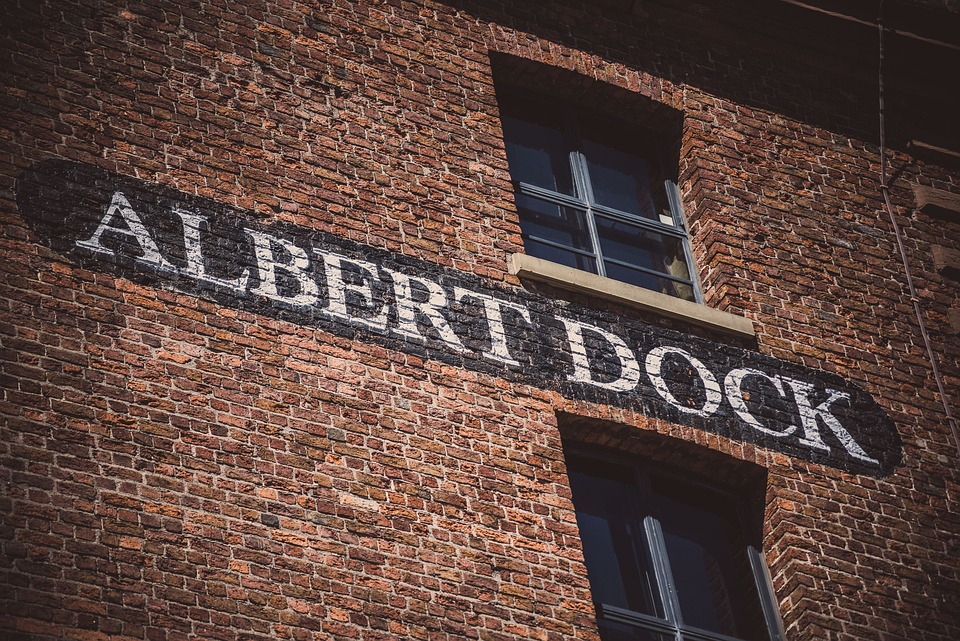 The Beatles Statue is a fairly recent addition to Liverpool’s waterfront, arriving in 2015. It’s situated opposite the Mersey Ferries building. It was donated by the Cavern Club to celebrate the 50th anniversary of the group’s last performance there. These larger than lifesize statues are perfect for taking a selfie you’ll treasure forever. They were also made with incredible attention to detail and really capture the essence of the iconic group. A walk along the historic Liverpool waterfront is also a gateway to other sites. You could visit The Tate Gallery if you’re into modern art or the Liver Building for a bit of mercantile history. 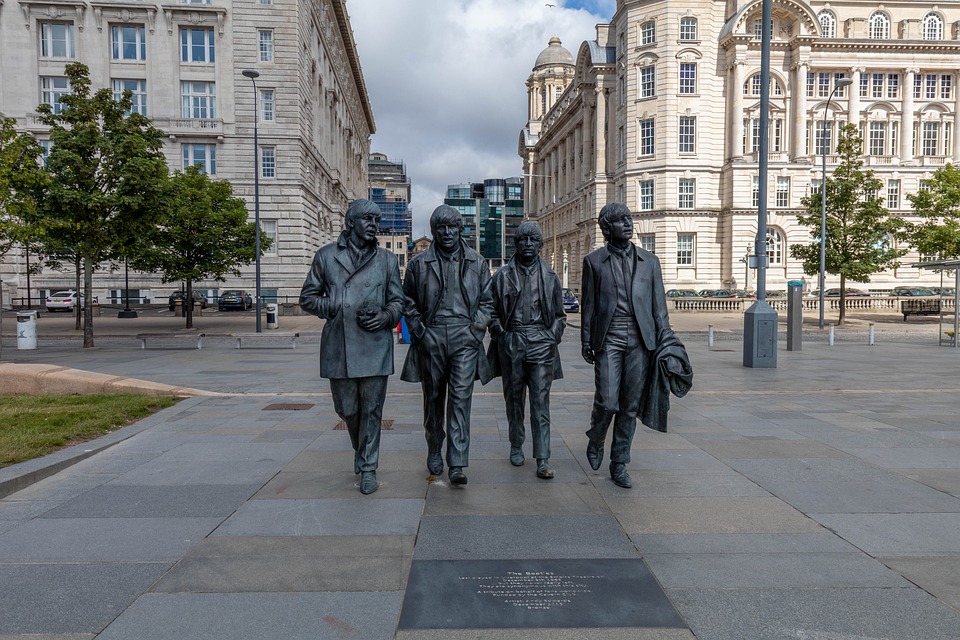 Any Beatles fan will remember their famous lyrics about a strawberry field. The ‘strawberry field’ is actually a tranquil park in the heart of Liverpool. It inspired the song “Strawberry Field Forever” and was famously a place of inspiration for John Lennon. It used to belong to the Salvation Army’s children’s home where John Lennon played as a child. Even now, it still has a focus on wellbeing and spirituality offering programmes for young adults with learning difficulties and other barriers to employment. You can find Strawberry Field at Beaconsfield Rd, Woolton, Liverpool, Merseyside, L25 6DA. There are also guided tours, exhibitions, and a cafe with many refreshments.

Penny Lane is a street and area of Liverpool also made famous by a Beatles song. John Lennon and Sir Paul Mccartney used to take the bus from Penny Lane. It has now become an important landmark for any fans marking out their own Beatles experience. The area itself is worth exploring as it’s full of independent businesses and great places to eat and drink. You could even stay the night at the Penny Lane Hotel. 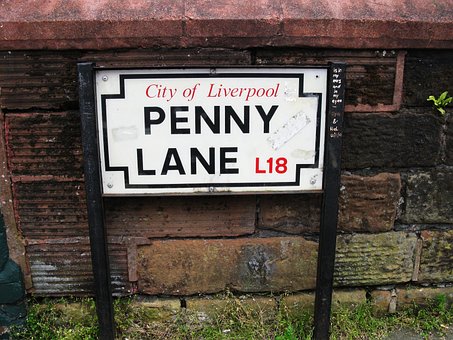 Liverpool is a fascinating city for Beatles fans and history buffs alike. It’s also famous for culture and sport. It was made a UNESCO world heritage city in 2004 and is home to the famous Liverpool FC. Take a ferry cruise along the waterfront, or walk around the city to take in the sights. There is a wide range of places to eat and drink. Sample the local food or even take a visit to Chinatown. Liverpool truly has something for everyone.

Our romantic weekend away without the kids